Johnny and his naughty cousins 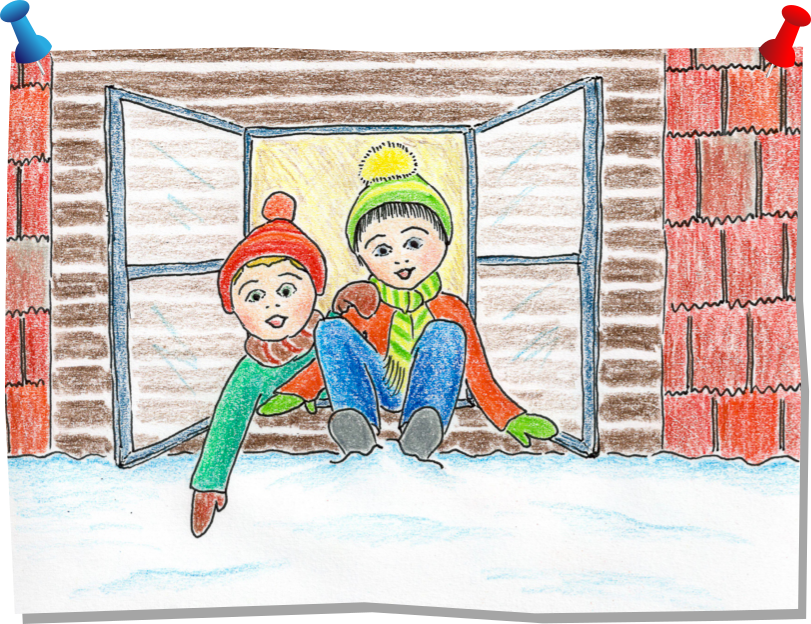 Johnny would like to get a look. But once he would have joined, he would be an accomplice. Dad clearly forbade it. Why did he have to stay away because of obedience?

“Wohoo!” Philip slid down in a second. His feet sank safely into the snowdrift. When Jimmy saw it, he began to climb through the window frame.

Suddenly Philip staggered, his feet were sinking into the snow, and he slammed back against the roof. Bang! The roof collapsed. Philip disappeared through a hole. There was a rumble of falling tools. A moment of silence. Then Philip’s terrible scream.

Dad was right in the next room and in a moment he stood by the window. Uncle ran outside and after a moment he pulled his son out of the pile of tools. Thank God that no pickaxe, shovel, or spade hit his head. Philip might have a lot of huge bruises, but nothing serious had happened to him.

“I couldn’t have known the roof would collapse,” Jimmy defended himself as everyone was looking at him at the moment.

“That’s why you should have obeyed,” Dad said it in a voice that explained it all.