How do we know what is right and wrong?

At that time, the Hebrews, God’s chosen people, had been living in Egypt. They were slaves in that land and suffering a lot. The Egyptians were using the Hebrews to build their cities.

The work was hard. Every day, under the hot sun, they had to make bricks from mud and clay, then haul them to the building site and put them on top of each other to make the high, strong buildings. The Egyptians made the slaves work very, very hard and if they did not get enough done they would be beaten. Life for the Hebrews was very tough.

God promised that He would take them out of Egypt and lead them to a new land, a country that would be theirs. God chose a man to lead them. His name was Moses.

But Pharaoh (who was like the king of Egypt) would not let the Hebrews go. He wanted to keep them working in Egypt as slaves.

God, who is the King of Heaven, did some wonderful miracles to free His people from their hard life in Egypt. As Pharaoh would not let the Hebrews leave, God sent ten plagues upon the Egyptians. 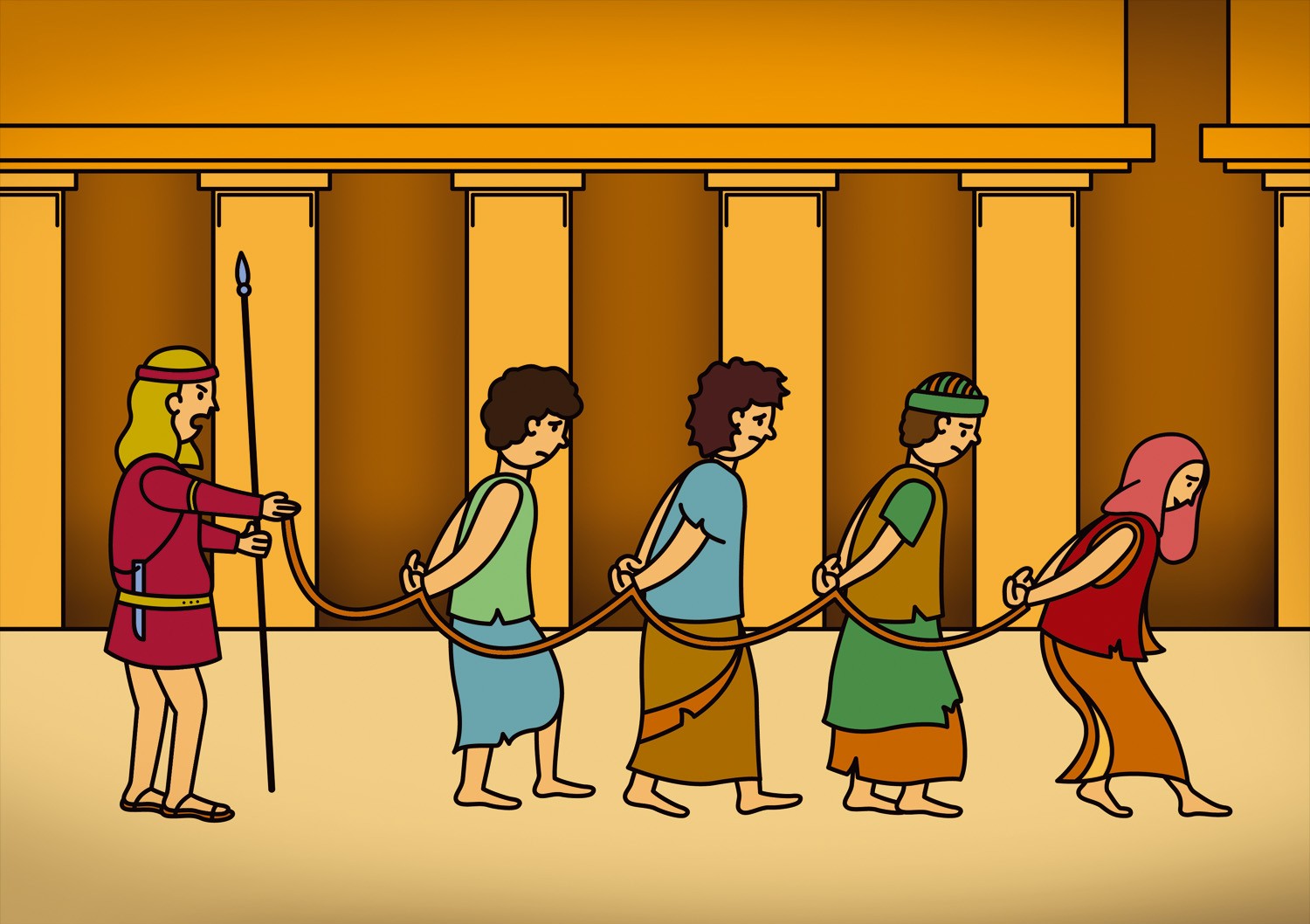 Slave: person with no rights, fully owned by a master for whom they work.

Plague: great affliction that comes upon somebody or something.